Inauguration of the ‘Visual Communication Club’

Topic: The Conception of a Short Film on

The Department of English inaugurated the ‘Visual Communication Club’ for the students of SSMRV College with the topic: The Conception of a Short Film’ with the sole intention of acclimatizing the students with the importance and the creative prowess of how a short film must be made.

The inauguration started off with the lighting of the lamp by the dignitaries starting off with our ever-charming Principal Dr. S. Anil Kumar, Mr M. K. Raghavendra an Awardee of ‘Swarna Kamal’ – National Award for the Best Film Critic in 1997 and Dr. Beena Manohar, HOD – Dept. of English & Convenor.

Our charming Principal Dr. S. Anil Kumar started the event with an energetic and informative speech where he emphasised on the various facets of the college and on the importance of co-curricular activities and urged the students to not just focus on academics and marks but also spread their wings to other areas of interests as well.

The Chief Guest for the event was Mr. M. K. Raghavendra an Awardee of ‘Swarna Kamal’ – National Award for the Best Film Critic in 1997 who began his talk by showcasing three short films that he had procured exclusively for the event and the three short films were spectacular that made the students and teachers grip their seats with anticipation. He then spoke on the conception of the idea of a short film, the emphasis on the plot, story – telling aspects as well as to make a conscious effort to get across the theme and idea of the short film to the audience in the limited time available. He also emphasized on the point that a short film is ideally like telling a well crafted witty joke and must make the audience contemplate the various perspectives shown in the short film.

The inauguration was a very successful one and it is without a doubt that the success is attributed to our boisterous Principal Dr. S. Anil Kumar, the faculty of the English Department and as always, the undying enthusiasm of the Student Office Bearers and all the participants. 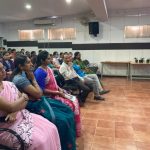 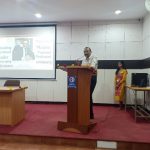 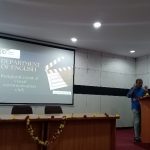 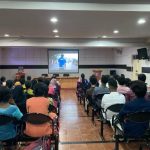 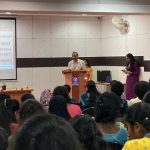 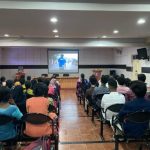 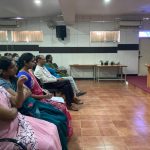 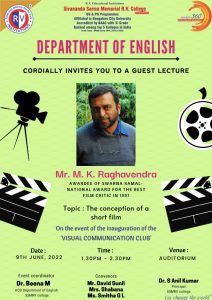